Much of what we know or use today came from the Orient. The Arab world was partly the origin, partly a transmitter of knowledge from other cultures. The Arabic language was once the language of scholars in the Middle East, it was e.g. used by scientists to preserve the knowledge of ancient Greece. With the spread of Islam, this knowledge reached Andalusia and thus Europe.

Here we present some examples of this knowledge transfer: 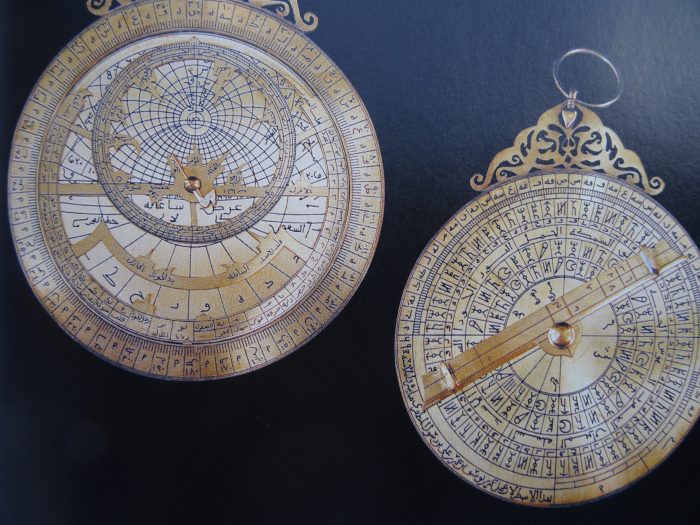 Man has watched the orbit in all cultures and during all times. In ancient Egypt records started in the third millennium B. C. The knowledge of the movements of stars which was written down on clay tablets in Babylonia was surprisingly exact. Translations in Andalusia during the times of Arab domination made the knowledge of ancient Greece accessible in Europe. The names of several stars in the sky had their origin in Arab terms.

The advance of the cotton probably started from India. In the second millennium B. C. the plant came to Mesopotamia and Egypt. In the 8th century Arab traders introduced cotton cultivation in Spain and Sicily.

The scientist Jabir ibn al-Hayyan who lived around 800 near the Euphrate river is considered by many experts as „father of chemistry“. He, or his “school”, is considered as author of numerous books which pushed experimental chemistry. They also inspired Alchemists in medieval times.

Arab vendors had developed eminent nautic knowledge and domesticated camels to transport goods on the caravan routes. Thanks to these skills they brought many new spices from East Asia to the Mediterranean. Most of these spices came via Venice across the Alps. The Arab region thus played a key role in an early global supply chain. Some spices were first sold in Europe in pharmacies as medicine. The effect of this trade was a sustainable change in food habits in Europe until current days. 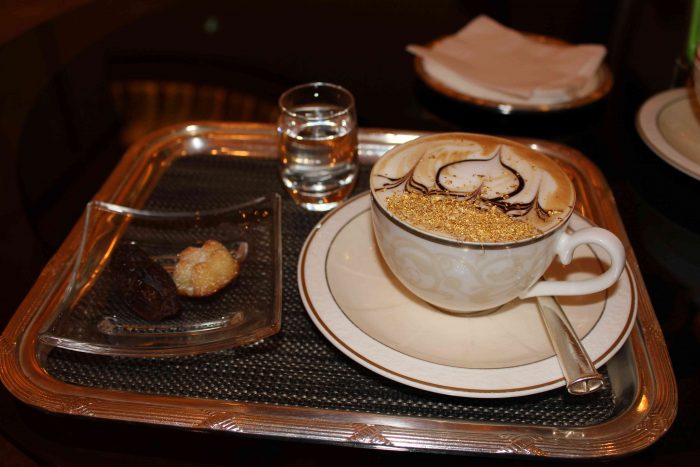 Botanists say that the plant originally came from Ethiopia. However, in the 6th century it was brought across the Red Sea to the Arab Peninsular. There, in the humid mountain areas of Western Yemen, coffee was for the first time cultivated systematically. The town Mokha became the first port from which coffee was exported. Since the end of the 17th century coffee houses became prominent places to exchange information and ideas in Europe. The coffee plants were finally brought to the colonies of the European powers where they changed agriculture fundamentally. 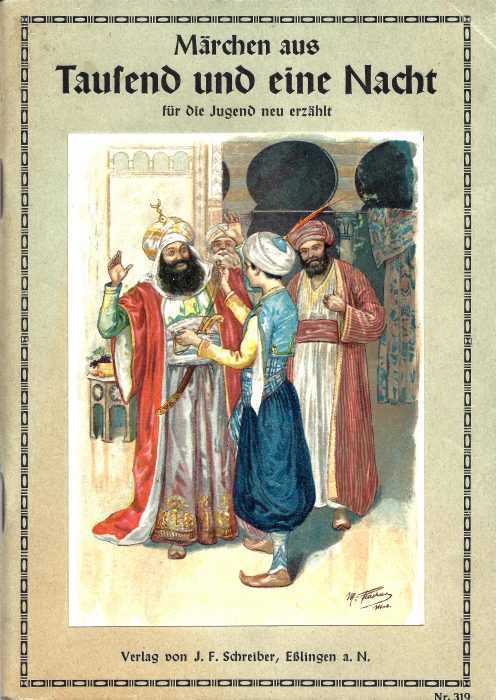 The Orient inspired European literature. Since the 18th century there was a boost of translations from Arab texts. Especially the poets in the era of romanticism “discovered” the Orient. The stories of „1001 nights“ which originally came from India pushed enthusiasm for the Arab world. The message from those stories promised a happy-end which readers were hoping for in their own world.

Arab scholars brought the knowledge of ancient Greeks like Pythagoras, Thales, Euklid and Platon to Europe. The word algebra comes from the Arab term “al-jabr”. The scientist Musa Al-Khwarizmi, born in Central Asia, published its “Book of Addition and Substracion according to the Hindu calculation” in Baghdad around the year 830 which gave mathematicians a comprehensible tool. Graphical explanations of mathematical problems were the basis to develop geometry. 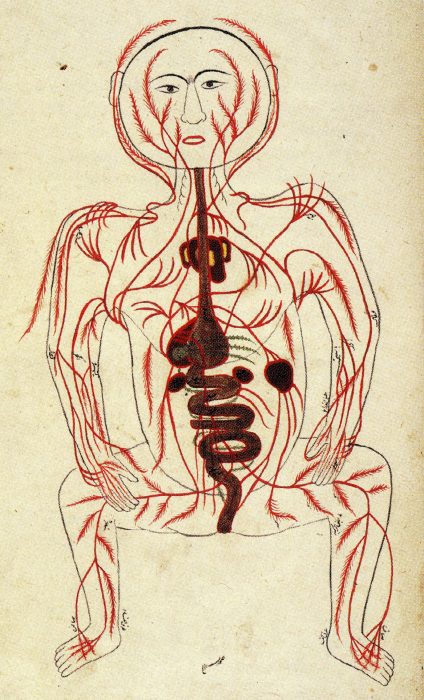 The medical profession was for the first time mentioned in the Code of Hammurapi in the 18th century B. C. The ancient Egyptians and Greek like Aesculap or Hippocrate added new experiences. While in the Middle Ages in Europe diseases were treated according to the ideas of the church, in the Orient advanced therapies were used. In Cordoba, the Arab physician Abu al-Qasim al-Zahrawi combined Arab and Greek teachings and introduced surgical instruments. His collection of medical knowledge together with other Arab works was the basis for the European medicine until the Renaissance. 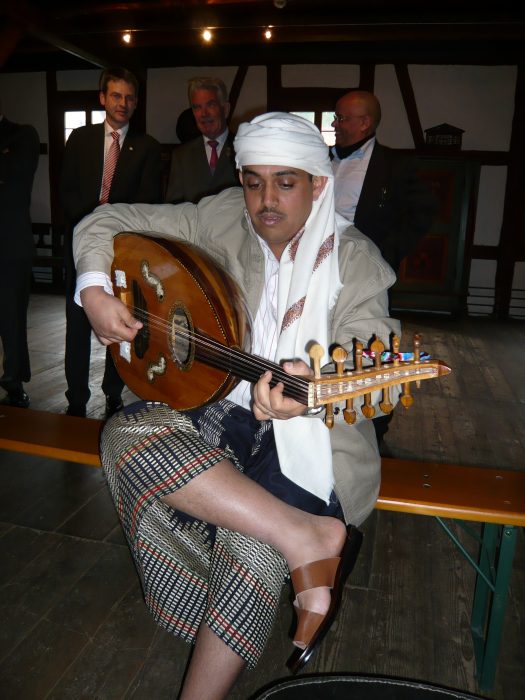 The original shape of many music instruments came from the Near East – like harps, lyres and drums, which were described for the first time in the 3rd millennium B. C. in Mesopotamia. Lutes, basins, trumpets and double-reed instruments like flutes were used in the 2nd millennium B. C. in Egypt. Research shows that some instruments were brought to Europe by returning crusaders. Many originally shapes can still be seen in the Arab region.

Scientists in ancient Greece thought that light is spotted by rays sent out by the eye. In contrast, Ibn Al-Haytham (Alhazen) found the principle of lenses. He died about 1040 in Cairo and due to his inventions todays he is considered as „father of optics“. 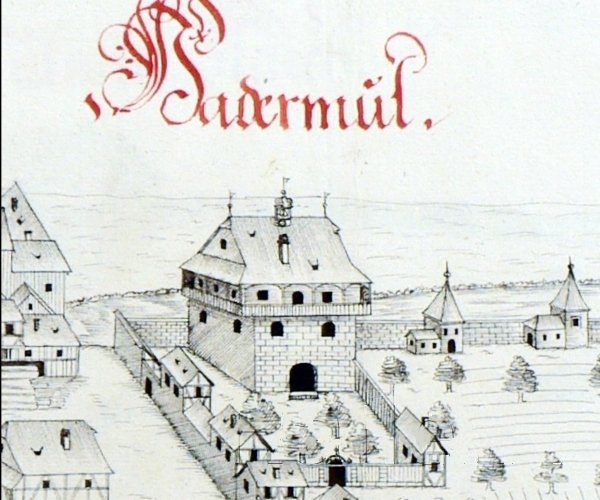 Paper production probably was invented in ancient China. Arabs adopted this technology: About 795 paper production started in Baghdad and during the time of Maure domination it spread to Andalusia and hence Europe. The first paper mill north of the Alps was opened 1390 by Ulman Stromer at the “Hadermuehle” in Nuremberg. The cheap paper replaced the parchment made from animals’ skins. Together with the invention of the letterpress by Gutenberg the distribution of knowledge reached more and more citizens. The Reformation, as an example, would have never succeeded without printed texts on paper.

The three most important religions of the world – Judaism, Christianity and Islam – came from the Near East. 32 percent of the 6,9 billion humans are Christians, 23 percent Muslims and 0,2 percent are Jewish (as estimated in 2010). All three believe that there is only one God. The founders and prophets of all three religions intended to create a “better”, fair world.

Arab scientists and scholars used their language to collect knowledge also of other cultures. Baghdad and Andalusia were the centres of this process during medieval times. It is also possible to trace back many words in modern European languages to Arab terms. In English words like coffee, sugar, mattress and even alcohol are examples which indicate Arab origins.

Analysing the text of the Code of king Hammurapi, wind mills were used for the first time around 1750 B. C. in Babylonia to get energy. Geographers using the Arab language reported in the 9th century about wind mills in current Iran. Arabs then brought the technology to Andalusia.

The substitution of the Latin letters by decimal numeration used in the Orient was like a revolution in counting. Originally these numerics came from India, but they spread in the Arab world and Andalusia rapidly. The “Book of Addition and Substracion according to the Hindu calculation” of Musa al-Khwarizmi, translated in the 12th century by Adelard of Bath from Arabic into Latin, paved the way for this process. It also introduced the “zero” among these numerics. For Christian clerics in the beginning it was a challenge to include this “zero” into their view of the world: For many of them it had a profane character.